Opportunities as an NQT

Sophie Bywater is half-way through her third full year as a qualified teacher. In those two and a half years, Sophie has been made Head of Girls P.E. at her school, Neale-Wade Academy, completed the Trust’s leadership programme, Leading Active Learning, and taken on responsibility for the development of P.E. provision at a local primary school.

It hasn’t all been smooth sailing though. In Sophie’s first year at Neale-Wade, she found herself as the only female member of staff in the school’s P.E. department after another member of the team moved on. In many secondary schools, including Neale-Wade, P.E. provision is split between boys and girls. As a result, Sophie found herself leading delivery of girls’ P.E and sports fixtures.

“The only other female teacher in P.E. left in my NQT year, so for six months I was the only female in the department,” said Sophie.

“I had a lot of worries and it was quite a hard time, but the Head of Department was really supportive and halved the sports fixtures to ease my workload.

“They employed two new female staff and Jason (the Head) said to me he would like me to lead girls’ P.E. permanently, which was fantastic.”

In addition to receiving support through that specific set of circumstances, Sophie has also benefitted from Neale-Wade and the Trust’s general NQT programme. The programme involves teachers working with a mentor and receiving regular observations to ensure progress is smooth and any issues can be addressed.

“I had weekly meetings with my mentor initially,” said Sophie.

“We discussed what was going well and what wasn’t and set short, medium, and longer term targets. He observed me once a half term to ensure my development was on track, and then I was also observed by the Head of Teaching and Learning, who would come and watch once a term.

“I’ve got some friends who are also teachers and I know they were observed maybe once or twice in their whole NQT year, so I think getting feedback on lessons twice a term is quite unusual, but certainly a positive in my view – I know I found it really useful.”

Last year, Sophie was invited to participate in the Trust’s internal leadership development programme, Leading Active Learning. The programme supports teachers who are aspiring to middle-leadership roles and support staff who are part of integrated teaching teams.

Staff on the programme devise a project to form a core part of their work. For Sophie, this involved working with higher prior attainment (HPA) pupils in Year 9 who had opted to do GCSE P.E.

“It was about raising aspirations for those pupils, explaining that there a lot of jobs linked to GCSE P.E. beyond the obvious ones: P.E. teacher, gym instructor, that sort of thing. There’s a drive on HPA pupils within schools, which is why I chose it. It was important for my project to have an impact on the school’s improvement plan.

“It was hard work but certainly enjoyable. It makes you reflect on what you’re doing. If you have an idea you have to think it through. It’s developed my emotional intelligence and taught me a lot about leadership styles: what to say, when to say it, how to say it. I can see how important it is to be a positive role model.”

Sophie now visits a local primary school, also run by the Trust, on a weekly basis to develop P.E. provision there. Sophie will lead school P.E. lessons in the time she is there, with class teachers supporting.

“I model lessons, talk to teachers, support them,” said Sophie.

“The idea is that the teachers will slowly take charge of the lessons. I enjoy the additional responsibility.

“I’ve learnt how important it is to be empathetic; initially I was a bit like ‘what do you mean you don’t know how to lead a warm up?’, but I’m now very much aware that that is something that only seems straight forward to me because it’s my area of expertise.”

A whirlwind few years will culminate with Sophie addressing current NQTs at her former ITT provider, The Cambs Partnership, after she was invited back to present on her development and own experiences as an NQT. 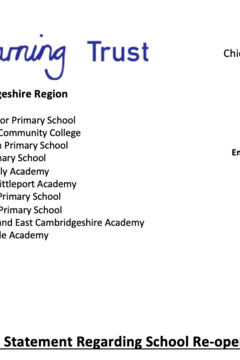 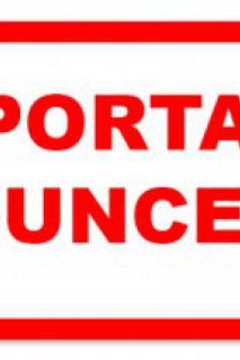 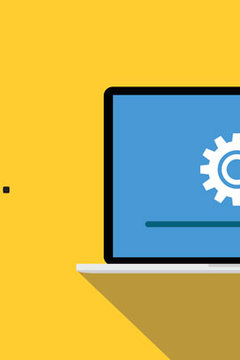